Our Judges have all had distinguished careers as New York State Supreme Court Justices and have performed many wedding ceremonies. They truly understand the significance of the marriage commitment, since each has been happily married for many years. Most importantly, they are warm and caring people, who have devoted their lives to public service. Their experience and temperament make them uniquely qualified, not just to perform your ceremony, but to make your wedding an extraordinary event. 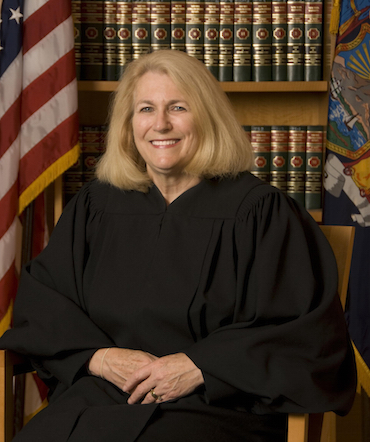 Hon. Patricia Henry is a retired Justice of the Supreme Court of the State of New York having served in the Criminal, Family and Supreme Courts. She has chaired numerous bar association committees and lectured widely in the area of family law. Justice Henry has devoted most of her professional life to working with families and children and some of her happiest moments as a judge have been performing wedding ceremonies for court staff and attorneys who have sought her out to officiate. 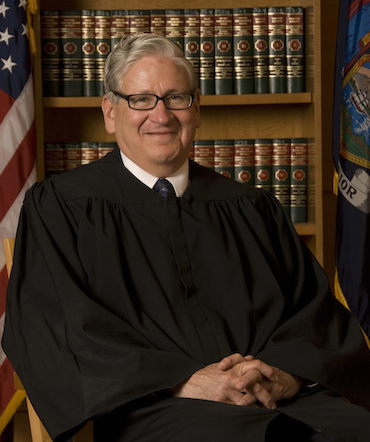 Hon. Alan Marrus, a recently retired Justice of the New York State Supreme Court, has served on the bench for 33 years and has presided over the most serious criminal cases. Because of his legal scholarship and fair mindedness, he has been acclaimed by the press as one of the best judges in New York, with "ideal judicial temperament." On the lighter side, Judge Marrus has hosted a television show, been the master of ceremonies at several comedy club shows and performed musical comedy at the Friars' Club in New York City. He has officiated at scores of wedding ceremonies, with couples describing his ceremonies as "eloquent, dignified and warm with the perfect touch of humor." In February 2020, Judge Marrus appeared in the Netflix documentary series "Who Killed Malcolm X" where he acted as a legal consultant. More recently, in the Oxygen Network television series, "Mark of Killer" Judge Marrus is seen sentencing serial killer Salvatore Perrone after a jury convicted Perrone of three murders.

Hon. Sheryl Parker is a retired Justice of the Supreme Court of the State of New York who has been a Judge for more than 25 years. Her entire career has been devoted to public service. Judge Parker is highly respected and is known for her warmth and caring personality.

Hon. John J. Brunetti presided in the Criminal Division of the Supreme Court in Central New York State for over twenty-two years. Prior to that, he was a defense lawyer, state and federal prosecutor and senate counsel. He has taught at three law schools, published numerous legal articles and a book and is a frequent lecturer at the New York Judicial Institute. Currently, in addition to working with JUDGES FOR LOVE, John Brunetti serves as a judge of the Oneida Indan Nation Court. Judge Brunetti has officiated at hundreds of weddings and has been happily married for 50 years. 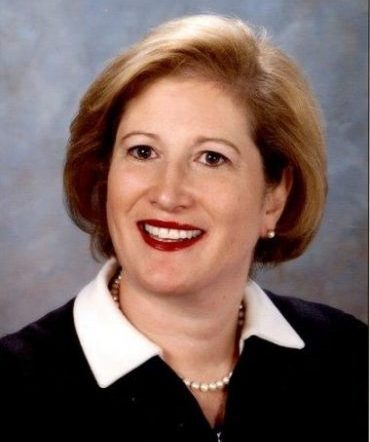 Honorable Sharon S. Townsend is a retired New York State Supreme Court Justice.   She was first elected to the Erie County Family Court in 1991.  In 1996 she was appointed as Supervising Judge of the Family Courts for the 8th Judicial District and in 2002 was appointed Administrative Judge of the 8th Judicial district.   Judge Townsend also served as Vice Dean of the New York State Judicial Institute.   She received her B.A. from the University of Rochester and her J.D. from the University of Connecticut School of Law. 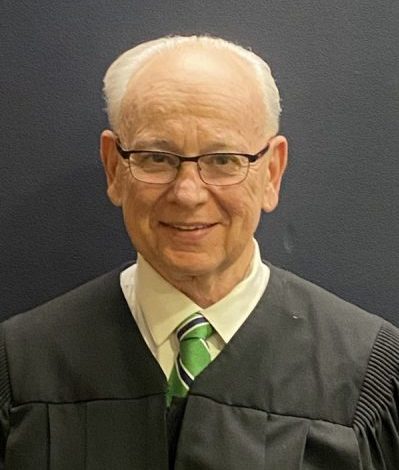 Honorable Michael Griffith was elected in 1991 as a County Court Judge in New York State's Wyoming County. In 1993, he was appointed as a full-time Acting Supreme Court Justice, a position held until retirement in 2019. Judge Griffith also served as the Supervising Judge of the Family Courts of the Eight Judicial District, which covers the most western eight counties of New York State. For more than seven years, he was the Chair of the Attorneys For Children Advisory Committee for the Fourth Department. Judge Griffith has been happily married to his wife Patricia for 33 years and is the proud father of four adult children. 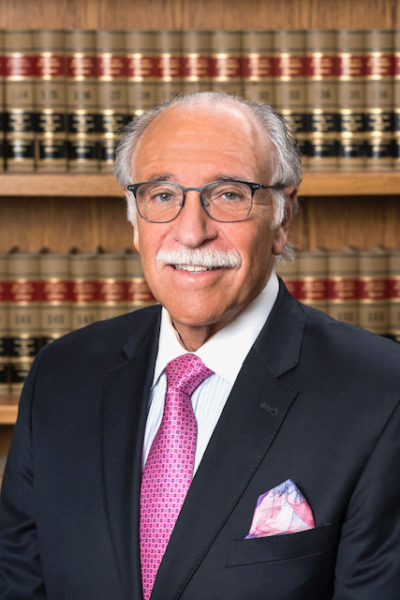 Honorable Jeffrey A. Cohen is a retired New York State Supreme Court Justice who served on the Appellate Division, Second Department in Brooklyn. He began his judicial career as a Justice of the Town Court in Yorktown before serving in the Supreme Court in Westchester County. In addition to a distinguished judicial career, Justice Cohen has been a Legal Aid trial attorney and a teacher at Pace University. His many professional and civic activities have included serving as Chair of the Westchester County Board of Ethics, serving on the Statewide Commission on Attorney Discipline and serving on the Committee to Promote Gender Fairness in Dutchess, Orange, Putnam, Rockland and Westchester Counties. Officiating marriage ceremonies is one of his favorite activities. Judge Cohen is happily married and enjoys outdoor power walking and jogging with his wife. 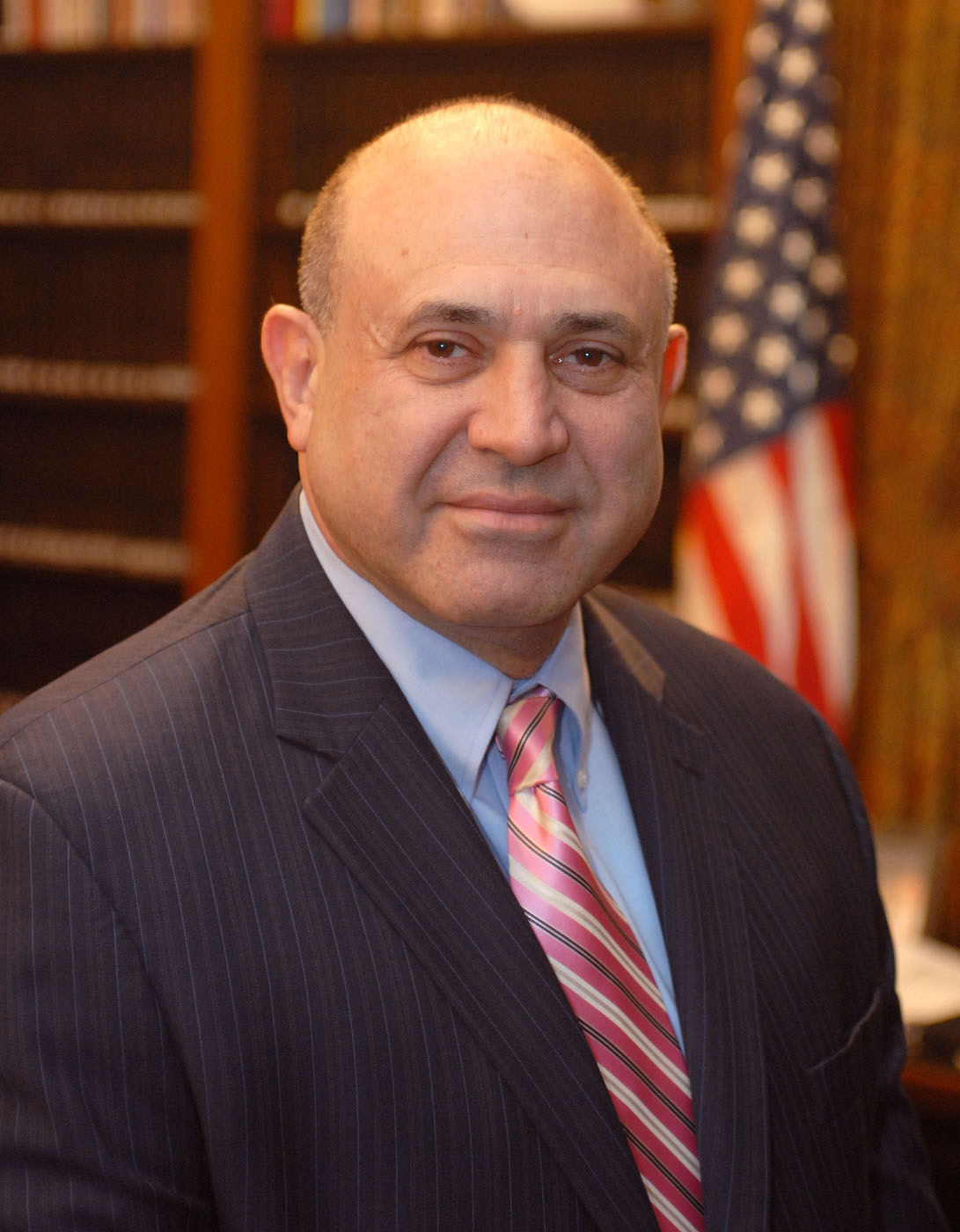 Judge Leventhal retired from the bench after a distinguished career as a Justice of the New York State Supreme Court for 27 years, half of which he served on the Appellate Division, Second Department, in Brooklyn. He presided over the nation's first felony Domestic Violence Court and mentored judges from other countries and states in the handling of domestic violence cases. A frequent lecturer and educator, he has received numerous awards from bar associations law schools, the United States Department of Justice and the New York Board of Rabbis. He has written a book, MY PARTNER, MY ENEMY, about his experiences presiding over domestic violence cases and appeared for interviews on the topic on MSNBC, Fox News, PBS and NPR. In his spare time, Judge Leventhal loves to jog, exercise and body build. He is an experienced wedding officiant and has performed scores of wedding ceremonies. Judge Leventhal envoys the opportunity to share in the joy of a couple's wedding day and make that occasion a truly memorable and beautiful one. 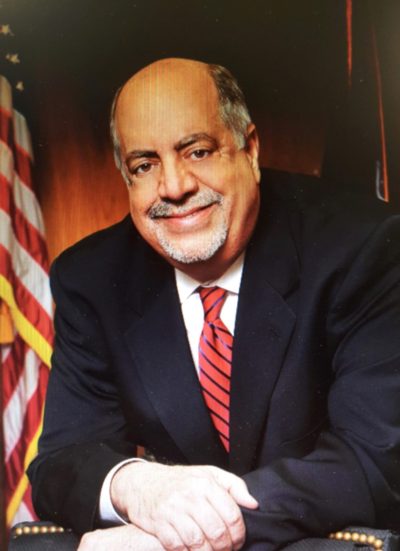 Judge Joseph Covello retired from the bench after an extraordinary judicial career spanning forty-two years in which he served as a Justice of the Supreme Court in Nassau County, an Associate Justice of the Appellate Division Second Department, and a member of the New York State Joint Commission on Public Ethics. Since leaving the bench, he has worked as an arbitrator and was voted "Best Individual Arbitrator" in surveys conducted by the New York Law Journal.
Judge Covello is a veteran of the United States Army, a former member of the U.S. Army Presidential Honor Guard and Adjunct Professor of Law at Hofstra University Law School. He has received numerous awards for his public service and has been a featured guest on the Maria Bartiromo and Neil Cavuto television shows where he explained court decisions and procedures.
Judge Covello has been happily married for more than 40 years and is a proud father and grandfather. He has performed many weddings and is so happy to officiate where parties are in love! 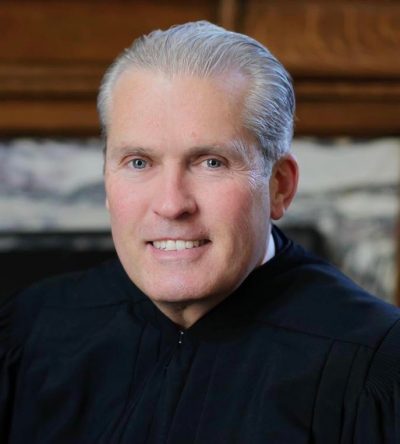 Hon. William McCarthy has been part of New York's legal community for more than 30 years. He began his judicial career as a New York State Supreme Court Judge and then served as an Appellate Division Justice.
Judge McCarthy is a graduate of the State University of New York at Potsdam and Albany Law School.
He is active in both professional and charitable organizations including the Disabled American Veterans and the National Multiple Sclerosis Society.